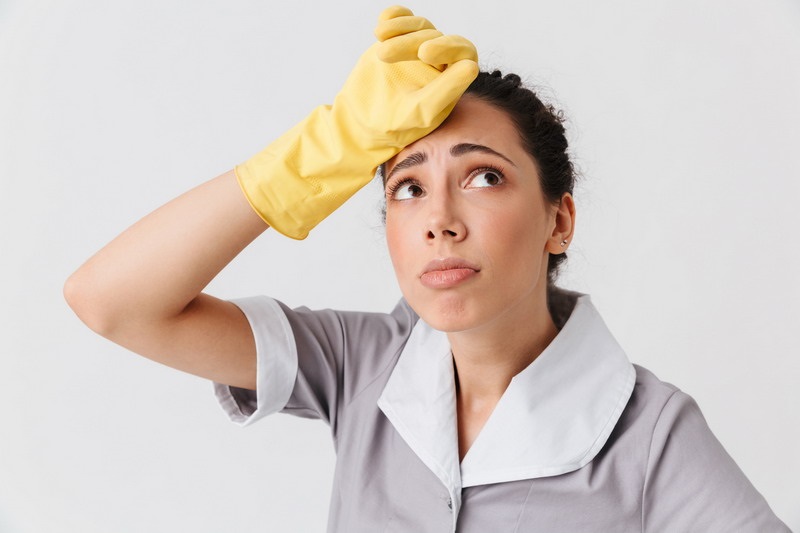 As this post is being written, the U.S. is in the midst of the infamous ‘dog days of summer’. Some locales are so hot that it is nearly impossible to spend more than a few minutes outdoors without working up a rather profuse sweat. Unfortunately, this kind of heat can make workwear uniforms somewhat uncomfortable.

Alsco, the nationally known uniform provider that pioneered uniform rentals in the late 19th century, says there’s not much employers can do about the heat. They say that it is best to look for uniforms with breathable fabrics and lighter colors to combat warmer temperatures. But when safety is a concern, workers sometimes have to just deal with the heat.

Across the pond, Western Europe is dealing with a heatwave of its own. The BBC thought it might be interesting to ask readers how they are dealing with the temperatures in relation to their work uniforms. Some of the responses they got were quite interesting. Below is just a small sampling.

First to make the list was a group of nurses who wrote in to tell of the peril of working in warm conditions. One particular nurse wrote about her polyester shirts and trousers along with laced up shoes and socks. On top of that, nurses wear rubber gloves and face masks. None of this makes life any cooler in a warm hospital ward.

Fortunately, hospitals tend to be air-conditioned. But wards can still get warm during the heat of the summer. If air-conditioning goes out, things can get a lot worse pretty quickly.

The next group of workers is one we do not tend to think of very often: clergy members. For example, some denominations require priests to wear heavy robes during services. Outside of services, uniform colors like black, dark gray, and dark brown can make for rather uncomfortable summer ministry. One priest who wrote in said that ministering outside means finding shade whenever possible.

The nation’s chefs and cooks might be the worst off during the summer months. Commercial kitchens are not known for their air-conditioning, especially since ovens and stoves put off a tremendous amount of heat that has to be extricated with exhaust fans. There’s no point cooling a kitchen with an air-conditioning if exhaust fans are constantly changing the air multiple times per hour.

Imagine being an executive chef wearing a heavy coat and a pair polyester pants. Things could get really hot. Summer is even uncomfortable for cooks who wear t-shirts and shorts, as demonstrated by one pizza chef who wrote in to the BBC.

Infrastructure workers of all sorts typically have to wear protective gear while on the job. Whether it’s a road crew, a group of linemen, or city workers tasked with keeping the sewer system clean, that protective gear can be absolutely stifling. Things get more uncomfortable with every minute spent outside.

One group of people we are surprised didn’t make the top of the list are firefighters. Just think about their workwear uniforms for a minute. They tend to be dark colors to begin with, but then firefighters have to wear a ton of protective gear on top of those uniforms while in action. Their heavy coats, pants, and helmets are absolutely not breathable. In the face of an extremely hot fire, well, you get the point.

There are times when workwear uniforms or unavoidably uncomfortable. You do your best to come up with the most comfortable uniforms possible, but something like high temperatures can always come in and spoil things.

The Where, How, Who and When of Gemba Walks

Have a Fairy Tale Event with a Personal Loan for Wedding

How to Access Attractive Interest Rates on a Study Loan?

Buying Or Renting Property: See The Advantages Of Renting

How long does Probate take?